Robotics & the End of Work 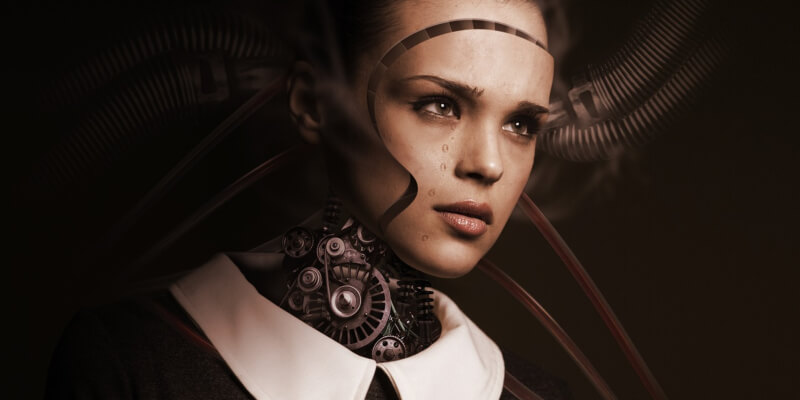 The end of work is generally something most people look forward to. As people, we spend 8 hours of our day toiling, thinking and working at something. Many of us simply cannot wait for those 8 hours to come to an end. That old, classic opening sequence of the Flintstones comes to mind. But here’s the thing, most people spend their free time doing little, nothing or on counterproductive endeavours. I would know, I’m one of those people! Work, it appears, despite its bum rap, isn’t just something that pays the bills, it’s also something that keeps most of us sane. It’s something that keeps our minds occupied and free of things like anxiety or other psychologically taxing issues. I remember when my old man retired, it didn’t take him long to seek out something that gave him structure and things to do. He sold insurance, he painted and he kept busy.

The human species, while prone to laziness, needs to be kept occupied. That perfect balance between work and play is key to healthy living. Balance, regrettably is key and it’s also a very challenging way to live. For this and other reasons, robotics does concern me and not just me, but many. The term ‘robotics’ can be applied to both the industrial sector and the tech sector because the end result remains the same: the loss of jobs and the lessening of income. I’m not averse to automation, but on one hand I think we need to be ready for it and that we need to be working on ways to see us through it. On the other hand, perhaps we should just go with the flow and allow the pending evolution to take place. I don’t have the answers but I do have concerns.

Everyone Will Be Affected

I’m under no illusions when it comes to A.I, robotics and what it stands to do. As a writer I used to think that a job like mine would be unaffected, but already there exists software that can generate a written article. While the quality remains questionable, the question I’m forced to confront is, how long will it be before the writing becomes indiscernible. How long before you’re reading something and you can’t tell if a person or a programme wrote it?

Automation, the child of A.I., will affect jobs across the board to the point that monitoring, maintenance and overseeing will be all that remains. We’re already living in an era of drones and self-driving vehicles. Commercial aeroplanes still need pilots but with the exception of taking off and landing, the technologies of the craft do the rest. This means that airlines can pay pilots less. Pilots in turn will have to work more hours. That’s one sector. Then there’s taxi’s and delivery services that all stand to be affected by drones and self-driving tech.

Imagine a future in which all your household work gets done for you? Imagine having your own Robot Butler? At JackpotCity you don’t have to imagine! Play the best online casino games like Robot Butler Video Slots and you’re immediate future could be a very lucrative one!

Due to the learning capacity of A.I. systems, the white-collar information-processing jobs sector will take strain. I’m talking everything from accountants to insurance adjusters and financial planners. The medical profession, reliant on a fair amount of tech will also be affected as less people are required to perform tasks.

Biometrics, a sector of A.I. is already in full swing. You go to work, you scan yourself in. No guards or less guards required. It’s come to the point whereby airports are considering the type of implementation that will make long lines a thing of the past. Imagine scanning your retina or your fingerprint or your face and that’s it, you’re boarding. Convenience and less human interaction, it does seem to be the way of the future.

The Pills We’ll Have to Swallow

Technology is a double edged sword, the actions of which can and will have several effects at once. Once A.I. is in full swing we’ll be told that it’s here to make our lives better while it takes our jobs away from us. We’ll be told that new avenues of employment and revenue will evolve from the results of A.I. We’ll be told everything but the bare-bone facts, that company costs will go down, capitalists will thrive further and even more profits will be routed to the head-honchoes. Okay, to be honest, we will be told these things and we’ll be smart enough to see it. But the masses will have to be calmed and when mass unemployment starts to spread, I can only hope that alternative means of deriving meaning from life can come to the fore. Because the end of work as we know it is coming.