If there is one thing Switzerland is known for, it’s making clocks. If there is another thing it’s known for, it’s making some of the greatest cheese you can get your hands on. If you don’t love cheese, you clearly have terrible taste, so let’s take a deeper look at Switzerland and what makes the cheese in the country so good. We’ll also have a brief overview of 5 of the best, just to whet your appetite!

Why Is Swiss Cheese So Good?

The first thing to take note of is that the cheese created in Switzerland is not just known as some of the best in the world without being backed up by solid, scientific reasons. The first is that raw milk is used, otherwise known as unpasteurised milk. You might think that this is a gigantic no-no, since unpasteurised milk is, in fact, illegal in most of the world. But it isn’t as simple as that.

Pasteurisation is simply the process of heating up milk to a temperature that kills bacteria. This is done as a safety measure to ensure that the milk is safe to consume. However, this process also robs the milk of much of its natural flavours. Hence, in Switzerland milk is often left untreated; specifically the milk used in cheese. Plus, the hygiene practices in the country are so strict and so stringently followed, that pasteurisation isn’t even necessary.

The second reason that the cheese is so good is the cows themselves. Farmers specifically feed their cows naturally, allowing them to graze only on the healthiest grass. This, likewise, adds natural flavours to the milk. An added benefit is that the milk is also richer in conjugated linoleic acid and alpha-linolenic acid, which is a fancy way of saying that it’s better for your heart.

So now that you’re thoroughly convinced about the quality of the cheese itself, let’s take a moment to talk about Swiss cheese makers. If it wasn’t already obvious, cheese in Switzerland is seen as an art unto itself, with farmers highly respected and revered for their skills. Not only that, farmers are also supported unquestioningly by the government. Subsidies are paid to farmers, ensuring that they can remain in their countryside locations and focus on nothing but making damn good cheese.

There are around 450 varieties of cheese made, and a total of 180,000 tons produced in a single year. In Switzerland you can find cheese just about everywhere you go, and whether you choose to buy your favourites at the supermarket and take them home, or spend some time at Auberge du Pommier sampling the cheese buffet, there is an abundance of the good stuff wherever you are. Some cheeses are of course more expensive than others, and if you enjoy casino games you can always put your winnings to good use and indulge in a truly special wheel or two!

We know you’re eager to hear about the 5 best cheeses in the country, but first let’s set the scene, for your mental pleasure. There is a famed train in Switzerland, referred to as the Train du Fromage, literally “The Cheese Train”. It travels between Montreux, or Zweisimmen, to Château-d’Oex.

On the journey, which is highlighted by rolling green countryside and various other picturesque scenery, cheese and wine is served to the passengers. Needless to say, those who can afford this incredible luxury should be doing so at their earliest convenience.

Feeling peckish yet? Let’s have a look at the best Swiss cheeses. 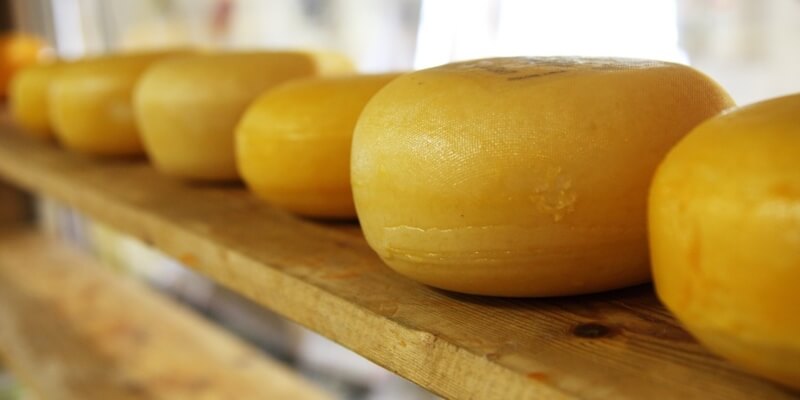 If you don’t have travel plans to Switzerland, don’t panic, just go to your local retailer.

Highest Paid Female Athletes See the World on $70 a Day