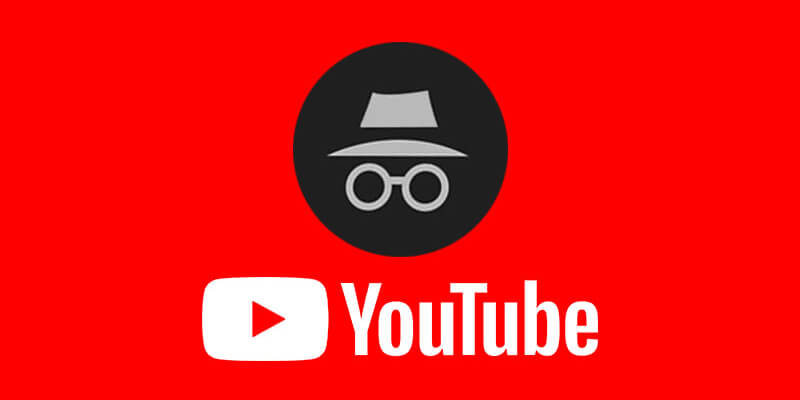 If you’ve ever browsed YouTube at 3AM and stumbled upon a video that can only be described as questionable, you’ll know that privacy is an issue. If only, you think to yourself, there was some sort of option to keep your browsing history a secret.

Well thank your lucky stars, an Incognito mode is now being added to YouTube on Android operating systems. Turning the mode on means that nothing will be added to the device’s history, allowing viewing to be enjoyed record-free. Some are probably breathing a sigh of relief right now.

At last we can jump on YouTube and finally check out all those videos we’ve been dreaming of. The how-to lose weight videos we don’t want our partner to see, the Blackjack online tutorials that will give us the edge over our housemates and they’ll have no idea why, and the slightly ruder videos we don’t want our kids finding. Everything you’ve ever dreamt of watching can now be watched, and there will be no record whatsoever for anyone else to find. Well, technically, anyway.

In all seriousness, privacy is becoming a bigger issue in today’s world of digital entertainment. More than ever, companies like Google and Facebook are open and candid about farming user’s information for data. Most accept this as part of using the online world, but the controversy has never died down.

Options such as Google Incognito mode were added to allow anonymous Internet browsing. YouTube adding the same option is proof that there is still a desire for real privacy. It is little wonder then that not only are users around the world praising the addition of this feature, but asking why it hasn’t been done long ago.

How Does It Work?

Incognito mode will be available on Android versions of YouTube once the update has officially rolled out. Accessing the “accounts” section of the application will reveal the option. It can simply be turned on, after which Incognito mode will be activated. At this point a bar will appear at the bottom of the device, reminding the user that browsing is now hidden. Simple and easy to use.

As already said, the mode automatically clears any viewing history, meaning that there will be no trace left on the device once YouTube is exited. Google was quick to point out, though, that activity may still be visible to an employer, school or service provider. A not so subtle warning that those surfing the net for something a little risqué should not think of themselves as completely invisible, and go nuts.

Besides this warning from Google, it was also announced that the mode comes with some substantial limitations. With the mode switched on, a user will not be allowed to access various parts of YouTube including their subscriptions list and library. There will also be no functionality to add videos to the library.

So it seems that although a privacy mode has finally been rolled out, that it will not only be truly private, as stated by Google themselves, but also offer only extremely limited browsing options. Add to this one more flaw; it was stated that if the device in use has a period of inactivity, the mode will automaticity switch itself off. So although some level of privacy is being offered, it seems to be anything but perfect.

Use At Own Risk

It need not be said that online browsing these days is something that should always be done with caution. This goes double if the system being used is via a public Wi-Fi network, at work, school, or in a library. The best bet is probably to simply not use a public Wi-Fi if you want some level of privacy. This is the digital age we live in.

Either way, the new incognito mode will automatically be downloaded the next time YouTube is updated, and you can enjoy what it does offer in the way you like best.

Shadow of the Tomb Raider is here! Pros And Cons Of Remote Working