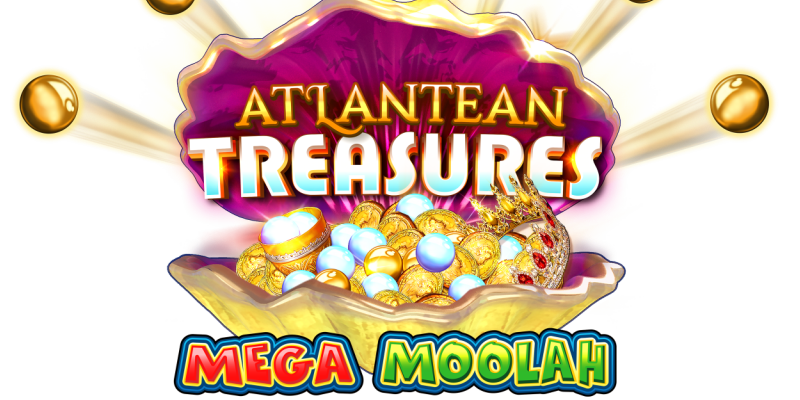 At JackpotCity, we like to bring you the very best titles in casino online slots and there are few more exciting propositions for people who like to have fun with an online slot than Atlantean Treasures. A new offering from the highly respected game developer, Megah Moolah, Atlantean Treasures takes an underwater theme as its starting point, reimagining the lost city of Atlantis in an enjoyable manner that is both novel and familiar at the same time. Players can expect to see aquatic symbols throughout the game including mermaids, starfishes, seahorses and goldfishes, among others.

If you have played many online casino slots before, then you will soon get to grips with all of the main game features whilst being entertained by its funky design. Equally, if you are new to the world of slots, then there is nothing too complex in the gameplay to put you off. Players everywhere will enjoy the captivating graphics that have been used throughout the design of Atleantean Treasures. Not only are there colourful underwater creatures, but the animation of the reel spins looks fluid, as well. As something that feels like you are on a genuine underwater treasure hunt, what else is it that makes Atlantean Treasures stand out from other games of its type?

The Essential Things You Need to Know About Atlantean Treasures

To begin with, Atlantean Treasures is a five by three progressive online video slot which has no fewer than ten paylines, offering you plenty of chances to win. In fact, the game pays out in both directions. Line wins are subject to a multiplier according to the bet, while progressive values are established independent of the bet that has been made. Set out in a 16:9 aspect ratio, the game offers plenty of additional features. There is a progressive wheel, a 'pays both ways' function, a respin feature and an ever-popular expanding wilds feature that is common with these sorts of online slots. The progressive wheel is based on the collection of shiny pearls in a base game that grants the chance to win big. With a payout ratio that stands a little over 92 percent and a total hit frequency that stands at just under 22 percent, many players will find that its medium volatility rating – excepting its progressive feature, that is – makes for a fun game that offers a fair chance of winning.

Getting to Know Atlantean Treasures' Features

The progressive trigger symbol is a scatter in Atlantean Treasures. This can appear over the top of any of the usual symbols in the game except for wilds. However, the progressive trigger will not appear on reels one or five, only in the middle on reels two, three or four. When you collect them, your chance to play on the progressive wheel feature is granted and the likelihood that this will occur increases with the size of the bet you make. Many players will be pleased to know that the progressive wheel feature will guarantee them the chance to gain a jackpot, something that comes in four different forms in Atlantean Treasures. These are known as mini, minor, major and – the most exciting of all – mega.

In terms of expanding wilds, Atlantean Treasures offers the chance to use them but only on the middle reels. These are mermaid symbols which will expand to fill the entire reel and substitute all of the relevant symbols except for progressive triggers. Line wins are only calculated once the wild has expanded. Furthermore, landing on one or more wilds will mean that you are rewarded with a respin. If so, any expanded wilds you have in place will be locked while you take advantage of the respin feature. If you gain an extra wild when you respin, then a further respin is offered. This is, however, limited to a maximum of three successive respins.

Planning on playing an online slot for some entertainment in the near future? If so, then Atlantean Treasures may well be the game for you.

The Space Explorers Are Back Gamer Girls Worldwide – Game On!