Shadow of the Tomb Raider is here! 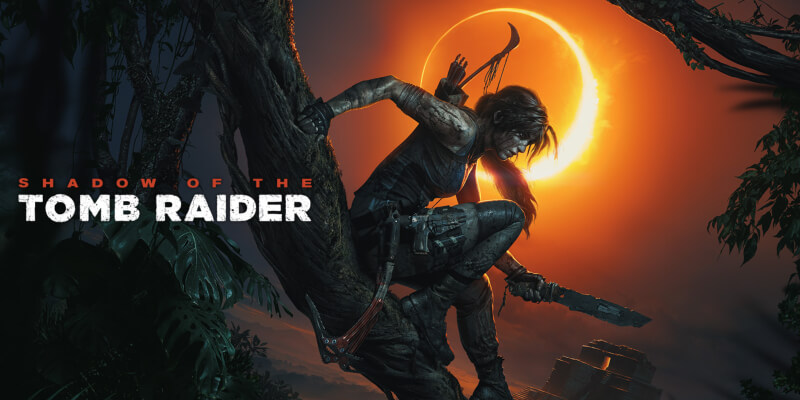 Fans of Lara Croft can finally ready their thumbs for the third and final instalment in the Tomb Raider reboot trilogy. It all started with 2013’s Tomb Raider, which rebooted the series and the origins of the character. As the tenth installment in the franchise, it was well-received to the point that 2018’s Tomb Raider movie followed its plot almost beat for beat. Rise of the Tomb Raider followed in 2015 with improved graphics, but with what some critics called a by-the-numbers plot.

Now, three years later and on September 14, the latest adventure will land, and I suspect that those involved in its creation are looking to do good business. When the first, or shall I say 10th game was released, many critics couldn’t see how the game designers could top themselves, and I suspect this is why the sequel simply doubled down on the graphics. I also suspect that expectations on this third and conclusive installment are coming in low, which is actually the perfect breeding ground for rock-solid reviews.

The Enduring Legacy of Tomb Raider

The Tomb Raider franchise is 22 years old. This makes it one of the most enduring gaming franchises, next to mainstays like Mario Bros and Castlevania. The story of Tomb Raider is one that’s been told quite a few times, so I’ll be quick. While the game was being designed, one of the animators clicked his mouse by accident and increased the bust size of the game’s heroine, Lara Croft. When the game came out in 1996, it struck a chord with male gamers because Lara was sexy and strong. This combination in conjunction with what was truly an exceptional game for its time solidified it as a hit.

I have truly fond memories of the original Tomb Raider game. I recall buying it second hand, and from a fellow gamer who had finished it. This was way back in 1996 when I was still in high school, but those are just peripheral details. Tomb Raider was a truly engrossing and often frightful game to play. The jump scares came out of nowhere and they had the desired effect on me. I finished the game eventually and for various reasons never played any of the sequels, but the memories of the first one remain firmly entrenched.

At JackpotCity Online Casino Canada you can join Lara Craft in not one but two fantastic online video slot game adventures. Let the hunt for relics and real cash rewards begin!

Several sequels, three motion pictures and even some slot games have followed. The first two films starred that husband-stealing (yes Jen, I’m in your camp), social cause supporting Angelina Jolie. The latest one, released earlier this year, starred Alicia Vikander, the recipient of the Academy Award in 2016 for Best Actress in a Supporting Role. Now it’s simply a matter of days before the new and final game is released, but then what? Well, most likely a new game to kick off a new trilogy. As long as there’s profit to be had, there will be reason to keep on making more games. The last movie, shot for a budget of roughly $100 million, did decent business at the box office and made $275 million and while this isn’t an incredible profit, it’s enough to justify a sequel.

What we know about Shadow of the Tomb Raider

Shadow of the Tomb Raider will be released for Microsoft Windows, PlayStation 4 and Xbox One, and will take our heroine to the jungles of South America where she’ll face off against a paramilitary organisation known as Trinity. Both Lara and Trinity are after the same relic but Trinity has plans for…that’s right, you guessed it – world domination! Lower aspirations simply will not do. Their intention is actually to re-shape the world, which is pretty much in line with domination. While seeking out the relic, Lara will set off a Mayan apocalypse and then proceed to remedy the situation.

This final installment in a reboot series will definitely get another trilogy, and this is because the current one deals with her transition from a hunted survivor to someone pursuing her own goals, eventually to someone who has mastered her abilities. It only makes sense that the next trilogy will deal with a new set of challenges. I guess we’ll just have to wait and see.