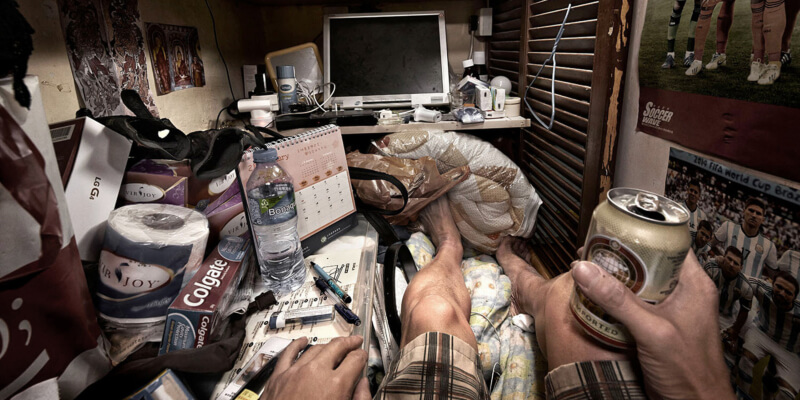 In Canada, Vancouver is often referred to as a city where housing is leaning towards being crushingly unaffordable. So much so that Canadians in general are aware of it, and share the latest retail price listings like bonfire horror stories. Such stories include micro-suites that demand prices of up to $1,700 a month and sheds that don’t even offer the comfort of a single window for around $1,225 a month.

Shocking indeed, and certainly worthy of the murmurs of disbelief. It’s no wonder that Vancouver is the stuff of legend in and around Canada. Though, if these prices were enough to warrant bonfire horror stories, then the conditions in Hong Kong would surely be enough to fill an entire book of terror. As it turns out, Hong Kong is the least affordable city to live in in the world, beyond what some might even imagine. The situation has given rise to the phrase cage homes, and it is a name that is more accurate than might be expected.

The reality of life in Hong Kong, for some, was brought to attention by Canadian-educated Benny Lam. Lam set out to expose just how harsh life can be in Hong Kong, which is renowned for being alarmingly difficult on lower income classes. His series of photos drew gasps from around the world, putting into perspective the reality of low-income life in the Asian city. The photos made it clear that asking for a nice place to relax, kick back, and enjoy a few games at casinos online was something that was beyond even the wildest dreams of some residents, as space was at an all time low, and prices are at an all time high.

According to reports, the average yearly income in Hong Kong comes in at around $300,000, while the price of the average home in the city sits at roughly $5,422,000. That multiple of 18.1 means that the cost of owning a house in the city is leagues ahead of other famously expensive areas to live in, including Sydney, which is in second place, and even the notoriously unaffordable Vancouver, which is at third in the world. 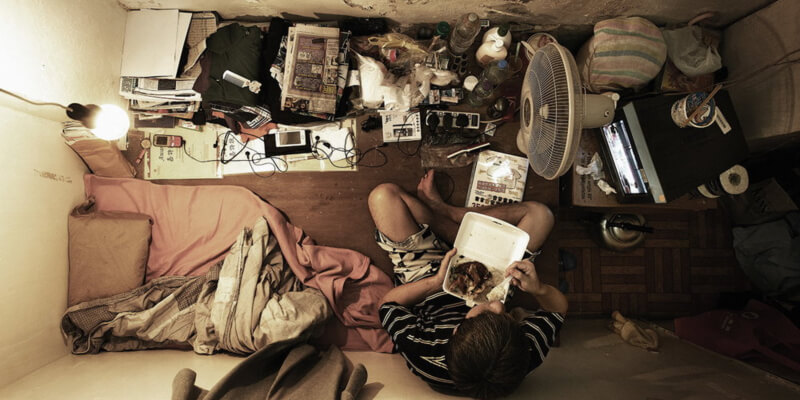 A quick glance at Lam’s photos is enough to floor the average homeowner in Canada. The living spaces resemble coffins, with residents forced to lie flat at all times, barely able to even find storage space for their meagre possessions. These so-called cage homes or coffin cubicles are the result of standard apartments being divided up into 15 square foot spaces, each rented out separately.

It need not be mentioned that a great many of these coffin cubicles share a single bathroom. Plus, in many cases the bathrooms are multi-purposed as kitchens, given the lack of cooking facilities available anywhere else. Its more than many would care to even imagine, but a reality for large portions of Hong Kong residents.

Most astonishing of all is that the residents forced to live in these conditions are not unemployed. Far from it. Security guards, waiters, cleaners and deliverymen are the main occupants, earning a living that would have them in decent living conditions almost anywhere else in the world.

Of course, most think of Hong King as a glittering modern city, and indeed it is as far as most can see. The reason for Lam’s expose was to make the world aware of those that had been left behind, and largely forgotten. According to the book released alongside the photos around 200,000 people live in these conditions in the city.

In Lam’s words, the bright lights of the otherwise cosmopolitan city do not enter these coffin cubicles, and his photos of these micro-living spaces sum up once and for all just how apt the name cage home really is!

The Moon: Who Owns It? Sacha Baron Cohen Is At It Again!