What Is The House Edge In Online Slot Games? 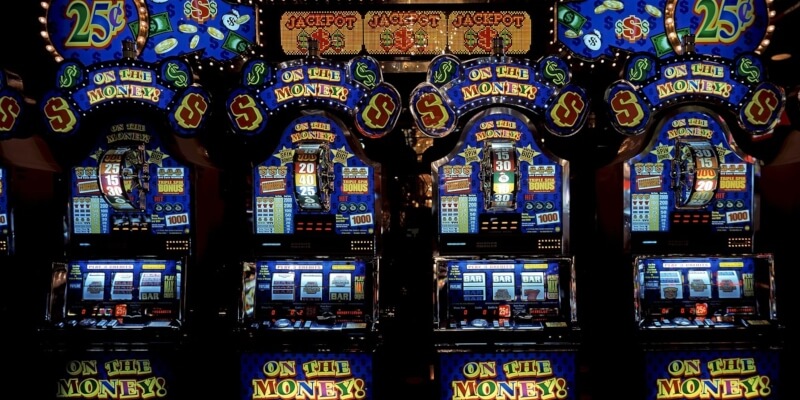 Gamblers often talk about the house edge, and it’s important to understand what this is and how it will affect every player, in every game, in any particular gambling venue – including online casinos. Put simply, the house edge is the mathematical advantage built into online slots and every other game you play. It usually varies from game to game and is expressed as a percentage value.

So if the house edge on a particular game is 5%, that means for every single dollar bet on the game, the house expects to pay back 95 cents to a player and keep 5 cents for the house. The figure of 5% is an average, so even though your first dollar stake on your first game probably won’t have that outcome, the longer you play the more likely it becomes that your average payouts over time will never exceed 95 cents in every dollar.

Statistically that means you can never beat the house – but just try telling that to a player who scoops a big jackpot on their third spin of the night! Nevertheless, over the longer term, the wins will never overcome that house margin. Apart from the fun you can have playing, and often winning, on your favourite casino games, another interesting feature of the house edge is that the percentage will vary quite considerably on different types of games, and that a number of other features can also influence the edge in different ways.

A typical casino game such as blackjack may have an edge which the house lists as 0.5%. However, the figure quoted refers to a player at least prepared to use some basic strategy. On the other hand, inexperienced players who are not disciplined and observant may actually be facing a house edge closer to 2-3% because their ineptitude puts them at a further disadvantage. The same applies to those who just guess at video poker – all this ever does is increase the house edge.

It’s a fact that games which require more skill and experience, such as video poker and blackjack tend to have a much lower house edge. It’s slot machine games which usually have the most disadvantageous house edge. However, online slots in Canada also feature big jackpot wins – which is usually enough to persuade players to stop thinking too hard about the house edge.

If you were to stick to playing low edge games, the mathematics say your losses would be lower than playing a high-edge game. Not only that, you are also more likely to win if you play low edge games. However, it remains the case that it’s many features acting in combination which will ultimately determine how close your own win/lose experience will be to the nominal house edge.

The house edge in online slots

Online slots have big jackpots and a fairly high house edge. But one disadvantage for the player is that online slots can be played quite rapidly. So therefore it would be relatively easy to lose money quicker than sitting at a table playing in a live casino.

Even so, it’s generally easier to track the payout situation with online casinos who will often publish statistics showing the amounts they return to players on a monthly basis. While that’s useful, such monthly figures are often skewed when a winning player scoops a fantastic online jackpot in one particular month.

Online slots are governed by a random number generator (RNG), which is a core computer ‘driving’ the game and arranging for symbols on different reels to stop entirely at random. In a typical five-reel slot game which might have perhaps 35 stopping positions per reel, there are effectively 52,521,875 unique stop patterns which could occur. Nevertheless, RNG programming ensures that – no matter what happens – there will always be fewer winning combinations and therefore more losing combinations. If this were not the case, gambling houses would be at constant risk of being wiped out by a long, loss-making sequence of online jackpot slot winners enjoying a simultaneous winning streak.

The edge on slot games can vary from 2% to 10%, and video poker games may vary from 0.5% up to 5%. The house edge quite frequently works out at between four and five percent. But the good news is that it’s often possible to find online slot games where the house edge is actually below those levels.

So if you would prefer to play games where the odds are a little more in your favour, you should look out for these 10 games listed below. Titles are listed along with their house edge percentage as an example of what’s available to those prepared to do some research: