Roulette On The Silver Screen 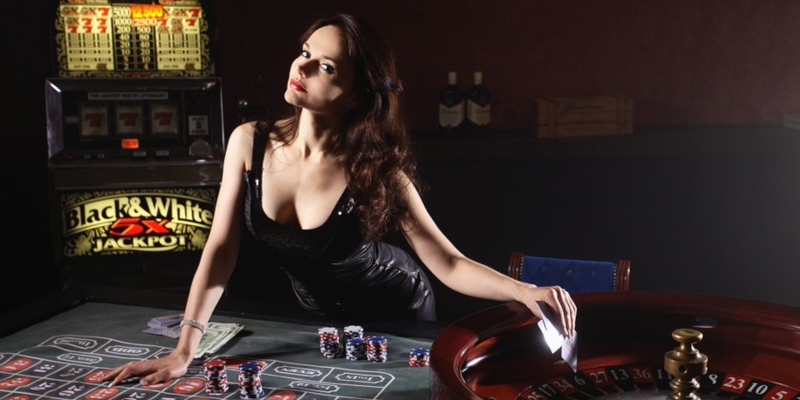 The game of roulette is itself a spectacle. The perfectly polished wheel of red, black, and green swirling into a rainbow as the croupier sets it spinning, the little circle of white as the ball chooses its pocket, the players all eagerly watching to see if they will be the big winner. The clinking of the chips as the players make their bets, the croupier dropping the ball which then bounces along the spinning wheel, the announcement of the winning number. All against the background of a bustling casino floor or the relative quietness of a private game.

Is it any wonder directors have chosen to include this well-known game in various films over the years? Cinema thrives on the exciting, the classic, the glamour, all of which can be found in this one casino game. Sometimes roulette is even a star of its own. Here are four films in which this traditional table game has played a key role.

This 1942 classic romantic drama was directed by Michael Curtiz and starred Humphrey Bogart, Ingrid Bergman, and Paul Henreid. The film takes place in December 1941 in Casablanca, Morocco, which was controlled by the Vichy party at the time. Humphrey Bogart is Rick Blaine, an American expat who runs “Rick’s Café Américain”, an upscale nightclub and gaming hall. The club serves as a sort of no-man’s land, seeing Vichy French and German officials drink and play at tables beside refugees trying to reach the United States.

Roulette serves to help a couple of such refugees earn enough money to purchase visas to the US. When Rick hears of their plight, he tells the young man to place all his remaining money on 22. The croupier helps to “fix” the wheel and thus the couple ends up with the money necessary to escape and begin their new lives.

Meanwhile, Rick must make a play of his own – help his former love Ilsa Lund (Bergman) and her husband Victor Laszlo (Henreid) escape or keep Ilsa with him.

The film is near the top of the list of the greatest films of all times. Casablanca’s characters, theme song, and a selection of memorable lines, have led to nearly everyone knowing the film, even if they have never watched it.

Not at all on the same level as Casablanca, both in its subject matter and its enduring popularity (the film is on the Razzie’s list of the 100 enjoyably worst films of all times), 1993’s Indecent Proposal nevertheless also features a very important roulette game. In this novel-turned-film directed by Adrian Lyne, married couple David and Diana Murphy (Woody Harrelson and Demi Moore) travel to Vegas looking to hit it big to finance a new project. They immediately head to the roulette tables, only to lose all of their savings.

Enter John Gage (Robert Redford), a billionaire with an offer to turn everything around. $1 million in exchange for one night with Diana. After much discussion and thought, they agree to this indecent proposal, sign a contract, and Diana flies off to a private yacht to fulfil her side of the agreement. The remainder of the film explores the repercussions of this deal.

The film has been referenced and parodied many times in the two and a half decades since its release.

In the German film Run Lola Run roulette saves the day, and the two main characters’ lives. This 1998 thriller written and directed by Tom Tykwer starred Franka Potente as Lola and Moritz Bleibtreu as her boyfriend Manni. The story begins with Lola receiving a frantic phone call from Manni. He lost a bag of 100,000 Deutsche Mark (DEM) on the way to deliver it and if he doesn’t find or raise the money in the next twenty minutes, he’ll be killed. He threatens to rob a supermarket and Lola hurries to stop him and find another way to get the money.

After two failed attempts, each one ending with a death and the reboot of the story, the final time Lola enters a casino, bets a 100-mark chip on 20 at a roulette table, and wins. She continues to bet on 20, winning over and over until she has over 100,000 DEM.

The film inspired several music videos, episode of TV series, and even the video game The Legend of Zelda: Majora’s Mask.

Croupier is full of roulette wheels as most of the action takes place in a casino. Mike Hodges’ 1998 British neo-noir film starred Clive Owen as Jack Manfred, an aspiring writer who decides to become a croupier as inspiration for his novel. He quickly becomes a part of the casino world, making friends with fellow croupiers Matt (Paul Reynolds) and Bella (Kate Hardie). While working, he befriends a gambler, Jani (Alex Kingston), who convinces him to join in a plot to rob the casino. The robbery seemingly fails, and Jack goes on to anonymously publish his book about a croupier in a casino. The book is a success, but Jack chooses to continue working as a croupier.

The film received high praise, less for the plot, but rather for the atmosphere, particularly lauded as realistically depicting a casino.

Roulette can play a part in your life’s story as well. Online casinos allow you to enjoy a game whenever and wherever. And you don’t have to search - New Zealand’s best online roulette options are at JackpotCity Casino!